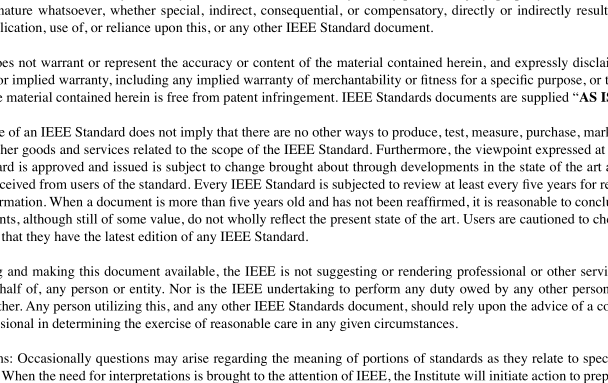 IEEE C57.123-2010 pdf free download.IEEE Guide for Transformer Loss Measurement.
2. References This recommended practice shall be used in conjunction with the following publications. If the following publications are superseded by an approved revision, the revision shall apply. IEEE Std C57.12.00  -2000, IEEE Standard General Requirements for Liquid-Immersed Distribution, Power, and Regulating Transformers. 3, 4 IEEE Std C57.12.01  -1998, IEEE Standard General Requirements for Dry-Type Distribution and Power Transformers Including Those with Solid Cast and/or Resin Encapsulated Windings. IEEE Std C57.12.90-1999, Standard Test Code for Liquid-Immersed Distribution, Power, and Regulating Transformers. IEEE Std C57.12.91-2001, IEEE Standard Test Code for Dry-Type Distribution and Power Transformers. IEEE Std C57.13  -1993, IEEE Standard Requirements for Instrument Transformers. IEEE Std C57.15-1999, IEEE Standard Requirements, Terminology, and Test Code for Step-Voltage Regulators. 3. Transformer no-load losses 3.1 General No-load losses (also referred to as excitation losses, core losses, and iron losses) are a very small part of the power rating of the transformer, usually less than 1%. However, these losses are essentially constant over the lifetime of the transformer (do not vary with load), and hence they generally represent a sizeable operating expense, especially if energy costs are high. Therefore, accurate measurements are essential in order to evaluate individual transformer performance accurately. No-load losses are the losses in a transformer when it is energized but not supplying load. They include losses due to magnetization of the core, dielectric losses in the insulation, and winding losses due to the flow of the exciting current and any circulating currents in parallel conductors. Load-tap-changing transformers may use preventive autotransformers, series transformers, or occasionally, both. 3.2 Parameters affecting magnitude of no-load losses 3.2.1 Induction Losses in the core vary with the level of induction in the core (flux density), and thus the base no-load loss is established by the rated level of the design core flux density of the transformer. 3.2.2 Excitation voltage magnitude Since the core flux density is a direct function of the magnitude of the excitation voltage, no-load losses are also a function of this voltage, for example, a 1% change in voltage causes a corresponding change in core losses generally in the 1%–3% range. The design and material used for the core determine the magnitude of the change in losses. It is, therefore, essential to have an accurate measurement of the magnitude of the excitation voltage. 3.2.3 Excitation voltage waveform No-load losses are usually quoted and reported based on a sine-wave voltage excitation. Even with a sinusoidal source voltage, the non-linearity of the transformer core introduces significant harmonics into the excitation current and could result in distorted excitation voltage and flux waveforms. The magnitude of the voltage waveform distortion is usually determined by the output impedance of the voltage source and the magnitude and harmonics of the excitation current. The higher these parameters are, the greater will be the magnitude of the voltage waveform distortion. Figure 1 illustrates the supply transformer circuit at the no- load test.
3.2.6 Frequency Losses in the core have two main components: the hysteresis component and the eddy current component. The hysteresis loss component varies linearly with frequency. The eddy current component (containing both classical eddy losses and anomalous eddy losses) varies proportional to approximately the square of the frequency. The relative magnitudes of these two components are a function of the grade and thickness of steel used as well as the magnitude of the core flux density. Hence, these two parameters determine the magnitude of the effect of frequency on core losses. For examples, the 60 Hz to 50 Hz ratio of iron loss density at 1.5 T induction is typically 1.32 for 0.27 mm highly grain-oriented steel. This ratio is correspondingly equal to 1.26 for 0.23 mm regular-oriented steel at 1.75 T. Also, a frequency deviation of 0.5% corresponds to about 1% to 2% deviation in losses. 3.2.7 Workmanship The quality of workmanship in slitting, cutting, annealing, and handling of the individual core laminations and the quality of the assembly of the core have a direct effect on the magnitude of core losses. Quality of joints in the core also affects the value of core loss to a certain extent but usually has a greater effect on the magnitude of the exciting current. These factors can partially explain why loss measurements on essentially duplicate units can differ by a few percent. 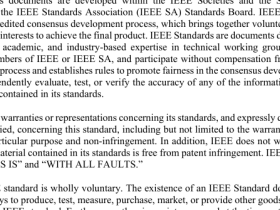