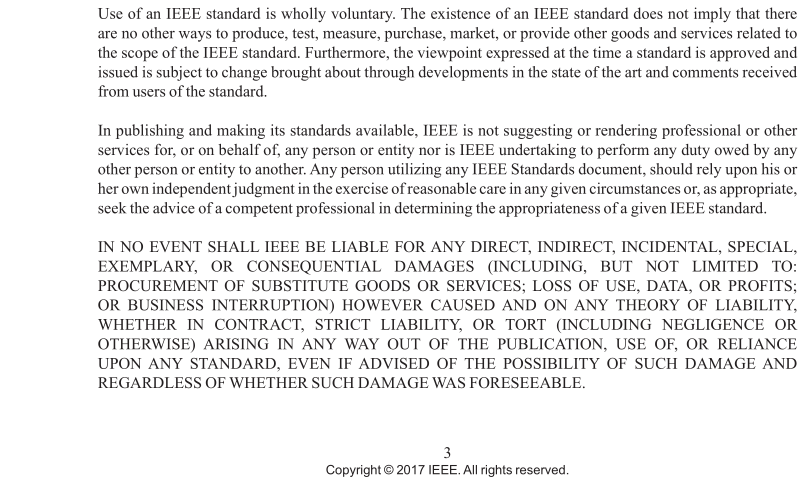 IEEE C57.12.58-2017 pdf free download.IEEE Guide for Conducting a Transient Voltage Analysis of a Dry-Type Transformer Coil.
The generator capacitor, C 1 , is charged during the positive half-cycle through the diode, D 1 . The diode shall be rated so that it will hold of twice the transformer output voltage during the negative half-cycle. The diode shall also be capable of carrying the maximum charging current. The actual pulse generation is performed by the capacitor, C 1 , and the switch, SW 1 . The switch is closed synchronously with the power frequency. This should occur during the negative half-cycle, when the diode, D 1 is blocking. The switch may take diferent forms, such as a thyratron, ac-driven mercury-wetted switches, and a silicon controlled rectifer (SCR). It is important that there be no bounce or other closing transients in the switch that would distort the shape of the wave front. Resistors R 1 and R 2 , along with capacitor C 2 , help shape the wave. In reality, the values of capacitor C 1 and the inductance and capacitive values of the test coil also infuence the wave shape. For this reason, wave shape adjustments should be made with the coil in the circuit. The length of the tail, which is the time for the wave to decay to 50% of peak level, is determined by the value of the generator capacitor, C 1 , the tail resistor, R 2 , and the low-frequency impedance of the test coil. If there is no core in the coil, then the impedance is simply the air-core inductance. The rise time of the wave is determined by the values of the front resistor, R 1 , the front capacitor, C 2 , and the input capacitance of the test coil. 5.2 Selection of element values 5.2.1 General This section covers the selection of values of generator capacitance, C 1 , tail resistance, R 2 , front capacitance, C 2 , and front resistance, R 1 . It is these values plus the test-coil parameters that determine the wave shape.
he time to reach crest for both of these traces will be zero since there is no series resistance or inductance to limit the current in charging the load capacitance. Changing the value of the capacitor will only afect the magnitude of the wave and not the time to reach crest magnitude. When a resistor is placed across these terminals as in Figure 3(c), a trace similar to C will result. Again the crest will be reached instantly but now the tail of the wave will decay exponentially to zero. Decreasing the resistance causes the tail of the wave to decrease faster as shown in curve C′. This can be explained by studying the time constant of a resistor and capacitor circuit that is equal to the product RC. Reducing R or C decreases the duration of the wave in direct proportion to the decrease in these parameters. Placing an inductance across the generator capacitor as in Figure 3(d), causes an oscillatory wave similar to D to appear. Again the time to crest will be reached instantly but the tail now will oscillate about the zero line rather than reach the zero line exponentially as in the case of the resistor. This is due to the interchange of energy between the electrostatic feld of the capacitor and the electromagnetic feld of the inductance. Decreasing the inductance or capacitance causes the wave to change from D to D′
When a circuit consisting of a resistor in series with the capacitor is placed across the generator capacitance as in Figure 3(f), a trace similar to F appears on the oscilloscope. Now the time to reach crest is afected. Closing the switch causes all the voltage to appear across the resistor initially and also causes a current to fow in the circuit, which is limited by the resistor. This current starts to charge the load capacitor, which decreases the voltage drop across the resistor. After the capacitor is charged, no further current will fow in the circuit and thus all the voltage will appear across the capacitor. The time required to charge the capacitor is proportional to the time constant R s C 2 . The capacitor will reach 95% voltage in approximately 3R s C 2 . Increasing the resistance, R s will lengthen the front from F to F′. Increasing the capacitor C 2 also increases the time to crest and decreases the magnitude as shown by F′. If the resistor is initially replaced with an inductance in this example, basically the same result will be obtained; except that high-frequency oscillations will be superimposed on the crest. The inductance will initially limit the current available to charge the load capacitor and thus increases the time to crest.