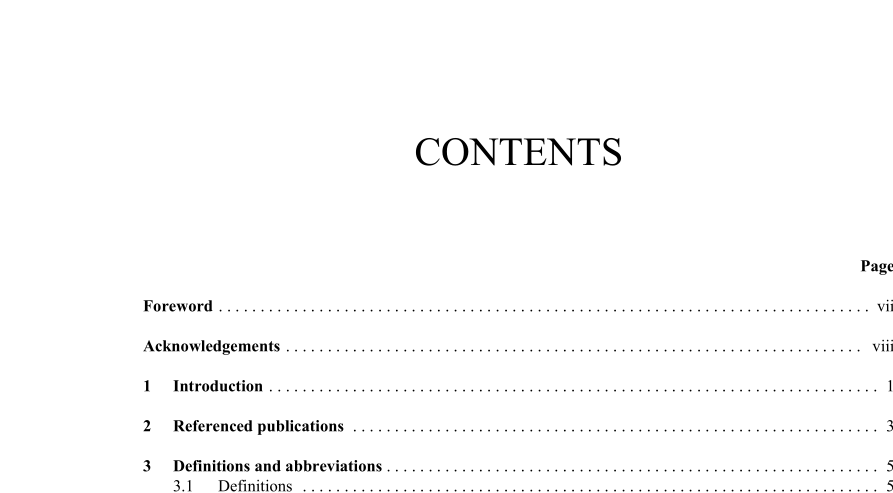 API IP 1585-2007 pdf download.Guidance in the cleaning of aviation fuel hydrant systems at airports.
The following terms are used within this publication: cleaning sledge: hydrant device designed and patented by a major joint venture hydrant operating company. contaminant: any material that has, or could have, an adverse effect on the quality of aviation fuel and its fitness for use in aircraft engines. This may take the form of free water, solids in particulate matter form, construction debris and microbiologically formed materials. critical flow: flow greater than laminar but less than turbulent. It may be taken as having a mean Reynolds number of between 2 000 and 4 000. laminar flow: flow that is orderly and even in pattern; the velocity is at its maximum at the pipe axis and decreases sharply to zero at the wall. It may be taken as having a mean Reynolds number of less than 2 000. Reynolds number: a dimensionless combination of the pipe diameter, the density and dynamic viscosity of the flowing fluid, and the velocity of flow. It may be considered as the ratio of the dynamic forces of mass flow to the shear stress due to viscosity. soak test: the period of time between the initial filling of the hydrant system with fuel and the taking of samples to check that the fuel has not been affected by the hydrant system. See API/EI 1540 Section 5.8. turbulent flow: flow that is greater in velocity than critical flow. It may be taken as having a Reynolds number greater than 4 000 and is characterised by random eddy flow patterns. 3.2 ABBREVIATIONS The following abbreviations have been used in this publication: µm micrometre (micron) CCTV closed circuit television ft/sec feet per second in. inch m 3 cubic metre m/sec metres per second mg/L milligram per litre pS/m picosiemens per metre Although it is usual to denote litres by l, in order to prevent any confusion or misunderstanding when, in certain fonts 1 and l may be misread, litres is denoted by L in this publication.
4.1 It is not always obvious that there is a dirt or water problem within a hydrant system. Experience has shown that despite clean samples being obtained from low points and pit valves, systems can be contaminated with particulate matter, free water, construction debris or microbiological material, or a combination of these. 4.2 Into-plane operators should be encouraged to report to the hydrant operator, any less than satisfactory samples taken during or after fuelling. It is incumbent on the hydrant operator to properly investigate such reports without undue delay. With the use of fuel filter monitors in fuelling vehicles, the condition of the hydrant fuel is that shown on samples taken from the inlet side of the vessel, as this fuel has not passed through the on-board filter. 4.3 Into-plane operators may experience slugs of water and sediment but later sampling by the hydrant operator may not identify the presence of such material. Monitoring the sumps of into-hydrant filter water separators and other points, from which water and solids can be detected and removed, should be meticulously carried out at a frequency that accords with industry agreed procedures. The presence of water should be investigated to find the source.
The vehicle pipework system should be designed to facilitate the examination of the samples flushed from the low point. Frequent inspection of the flushing tank should be carried out to check on contents. If an unusual amount of particulate and water is noted, the records should be checked to see which other low points and pit valves have been flushed. Repeat flushing of some pits to determine which have produced the material may be required. Note: it is important that the tank of any flushing unit used for this type of investigation is itself flushed and cleaned before the hydrant flushing is undertaken to ensure that the samples obtained are representative. 4.5 If less than normal element life in into-hydrant filters is experienced, or depot tank samples or inspections show evidence of unusual sediment, particulate or water, the matter should be investigated. If necessary, the fuel supplier should be notified. 4.6 When circulation of the hydrant system back to depot tanks is undertaken, the condition of the tank before and after should be noted. Any increase in sediment or water will indicate that the hydrant system contained such material. Further action should be assessed.